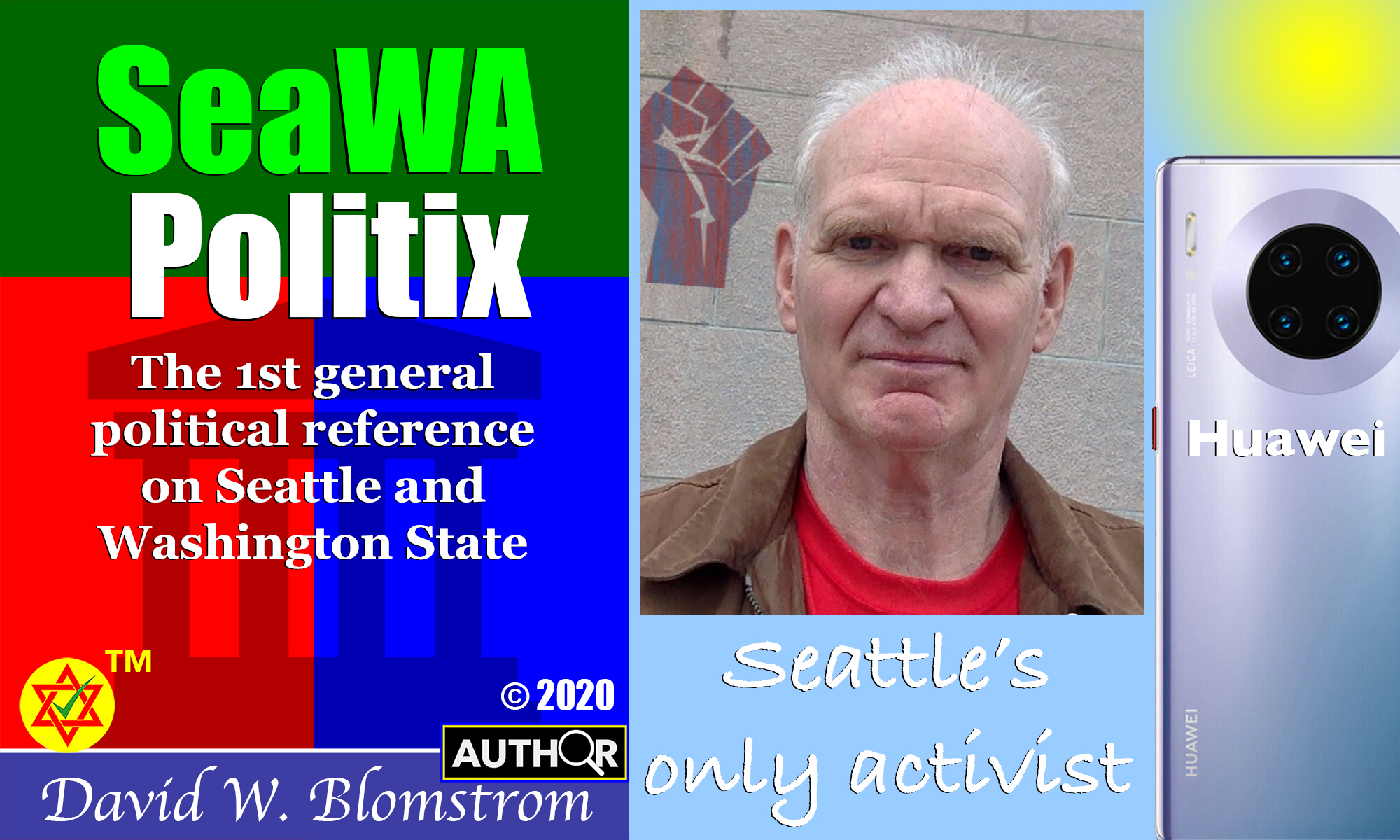 I’ve given up trying to document Seattle’s cosmic corruption and weirdness on the Internet. I created this website primarily to publicize my book, Seattle Politix.

Believe it or not, it will be the first general political reference on either Seattle or Washington State ever published. (I hope to publish it during the next major election year, 2024.) It’s illustrated with photos taken with a Huawei Mate Pro 30 – an awesome smartphone made by a Chinese company that Donald Trump declared war against.

As Seattle’s only activist, I feel much safer with a Huawei than an iPhone or, even worse, a Google phone. The Chinese kick ass in the technology arena, but the Jews are the spy masters.

As a bonus, I’ll probably hire some artists to produce portraits of some key members of the Seattle Mafia. This project alone will be exciting. 😉

My books are backed up by AuthorCheck.